When I was newborn into working life, tasks and projects were given to me, processes were explained and I was just another cog in the wheel in the overall productivity of the company. If I was away sick, another newbie cog could easily take my place and continue or the overall company productivity dropped by a fraction of a percent and life continued. I had no control over which tasks were priority or not and unless marked by someone else, all tasks seemed to be of equal priority of do it now!

A short time later, I learnt about Franklin-Covey setting goals, roles and values before working through tasks. The only problem was the disjoint between my personal goals and roles didn't really fit the tasks that were on the Do it now! list of the company. Differing priorities threw the whole system out and it was abandoned.

Later still, I was excited to start GTD (Getting Things Done) and was a teacher at the time, having more control over my own workload. This time priorities could align because I was the sole decider. Elements that really gelled included the idea of having a capture system for all the little ideas, thoughts and tasks that pop up through the day along with weekly and monthly reviews. The only problem was that I quickly became a slave to the system rather than the system working for me. It broke tasks into such small components that I was spending more time moving the small parts of the system around and creating context lists rather than actually getting things done. Elements and principles of GTD live on in my system, but on the whole, this system was also abandoned.

I was left ultimately with a half hacked GTD system that worked but was fairly inefficient. Creating lists or not, deciding on projects, or not. Jobs came and new jobs came. I did what seemed urgent and sometime what seemed important and things mostly got done but I was left with questions:

Enter the idea of levels of productivity.

The Wheaton Scale was originally defined by Paul Wheaton for talking about levels of mastery in permaculture (living sustainably) where Level 0 is a complete beginner and can only really relate to other Level 0's and admire and aspire to be a Level 1. Lessons learnt or purposefully researched and then practised along the way mean 'levelling up'.

When a Level 0 looks higher to a Level 2 or 3 they seem a little strange. Looking higher again and there's nothing that seems even relatable and they seem crazy or abstract to the Level 0.

Inspired by Niklas Göke, here is my attempt to put productivity into a Wheaton Scale. Finding where you are on this Wheaton Productivity Scale means knowing what the next step could be. It also helps to explain those weird higher levels and just how to get there.

This person tries to get to work on time, does what ever shows up, what becomes urgent (often decided by other people) or what the boss or supervisor tells them to do. They are at work for the pay-check and are often afraid of getting fired (because they can be unreliable).

A small mindset change of making lists of tasks is a 100% improvement over level 0. Unfortunately, the list grows large and seems like a mountain to get through. There's no real prioritisation and due to the list being long, things often aren't accomplished on time. Because the Level 1 can see all the work ahead of them, they become a perpetual complainer about how much there is to do. These are the I live for the weekend types.

Task associations are made at this level with the idea of projects and reasons the projects need to be completed. With defined projects, the Level 2 person can begin defining next steps. This does however, mean more tasks on the list. The projects are not often prioritised and other people, such as the boss, still influence which project Level 2 should work on. If left on their own to decide they can work hard at climbing the wrong ladder

With more advanced productivity techniques and systems, like the Pomodoro timer or Getting Things Done, the Level 3 person can effectively prioritise projects and therefore tasks. So many things get done in the right order and at the right time (or before) that ticking off lists and getting compliments from others hits that dopamine spike all day long. The system is the hammer, and everything must be a nail (or it doesn't go in the system). After a while of such high productivity, the number of projects and associated tasks only grow and grow. With no end in sight and the body and brain wearing very thin, disillusionment and burn out set in. The Level 3 person either tries a new system (which will work for a while) or they level up.

This is where I was all those years ago. If I worked the system properly, I could maximise my output. However, after working hard and working the system hard, burn out and disillusionment set in. The journey does continue on and there is a higher level of thinking, flow and organisational peace that can be obtained  with Level 4 – Higher level thinking with Routines.

Level 4 people realise that each day should begin with prioritising the projects and tasks that could or should get done that day along with a end of work routine celebrating wins, tying up loose ends and shutting down the productivity system (so it doesn't look like a mess in the morning). Weekly and monthly reviews help to have a higher level overview of all their work and priorities. Work life becomes more balanced where urgent things can be dealt with and push out other tasks but that's OK as they know the priorities from the morning routine and easily get back into flow. These people can learn to say no more often as they know the workload they have already, however, they can still overestimate how much work they can do leading to stress and anxiety.

The people at Level 5 seem to be able to do more in four hours of work than most people do in a week because they research and apply the most effective techniques for specific projects, automate repetitive tasks, and outsource or delegate anything that needs to be done but is not part of their main focus. Everything else must be busy-work and is immediately dropped. With so much productivity in a short period, the remaining time is used for rest and reflection. These people realise that it is the rest and reflection periods that allows them to be so productive during the next session. Often these people are working independently or have free-reign over their domain of work. Alignment with overall goals is the key. If a new project doesn't align, it doesn't get taken on. Working life becomes more meaningful and fulfilling because everything is aligned from the top down with overall goals being checked and redefined as needed.

Now that the self at work is completely in alignment, the Level 6 person is free to find more meaning in their work through contribution to others. They want to use their skills and knowledge for uplifting others. At this level, people talk about having found their passion but really it was a slower process of working up through the levels. At this level, people are having the time of their lives, work is actually play and they can hardly believe they are getting paid to do this. They work more than ever and probably much longer hours than Level 5 but none of it feels like work to them. Money is also not an issue. This is often when society deems that someone has made it. Think Oprah Winfrey and Elon Musk (although you don't have to be super famous to be on this level). While work/play at this level is fun and contributing a great deal to others, there are a lot of hours and effort spent at work. Just as Level 3 Max Output can burn out, so can Level 6 (it just takes a little longer).

If we take the Oprah Winfrey example, she has now move one level up again to lifetime balance by quitting her super-successful talk show. She has not stopped working nor has she ceased contributing to others and society as a whole. The Level 7 person will pick projects based on their skills, enjoyment, and impact on society while doing this almost part-time or on an ad-hoc basis. At times they might be very busy while a project needs to get off the ground. At other times they appear to be on holiday. Much like Level 5, it is these holiday sessions of rest and reflection that allows them to make such an impact and contribution when they are in work mode. At this level, there is likely a team of people (small or large) around the person that will carry out various tasks that need doing to keep everything running.

Belinda Allan is an education advisor who is dedicated to empowering lifelong learners. By exploring the intersection of technology, personal development and learning futures, Belinda uses her expertise in education, IT and AI to guide individuals in creating the course or training program of their dreams. With a focus on how AI can drive productivity and well-being in the ever-changing landscape of education and work, Belinda will help you unlock your full potential.

Unlock your full potential and boost your productivity by signing up for our newsletter, the Learning Lounge. Get expert tips and insights from Belinda Allan, an education advisor on a mission to empower lifelong learners and explore the intersection of technology, personal development and learning futures. 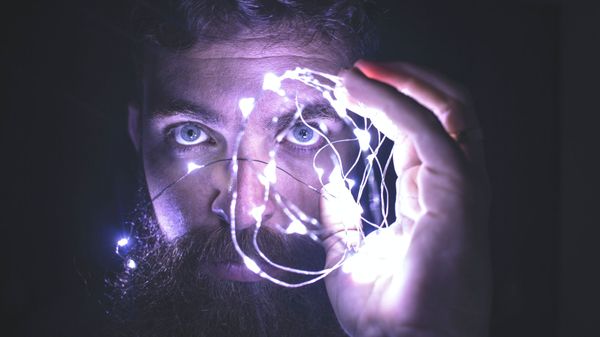 Unlock the power of your mind to manifest your dream life with visualization, meditation, and journaling. A step-by-step guide to your future-self. 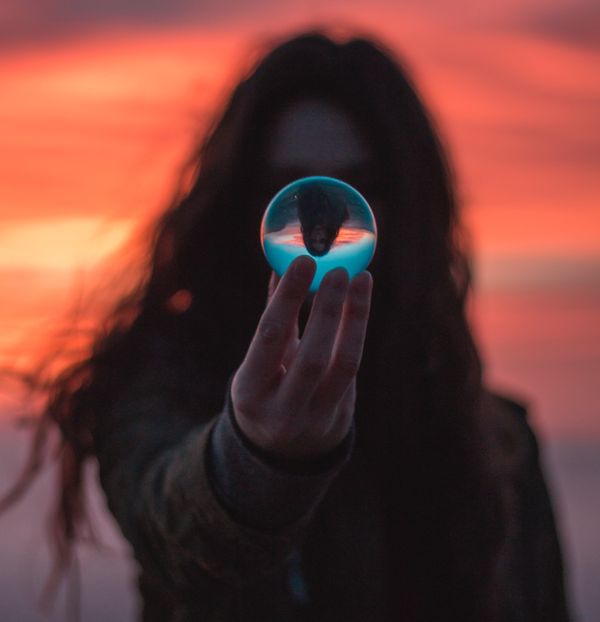 Members only
Many of the things that we assume will bring us long-term happiness, bring more problems than they solve. Sustained happiness depends on having a deeper, fulfilling purpose that is meaningful for you.

Members only
Make TODAY ridiculously AMAZING! But what actually makes us happy? It is hygge or ikigai? Or it is something deeper?